On a trip to London? Here are the 5 best pubs to visit in Soho, London. If you are near Piccadilly Circus or Oxford Circus, you shouldn't miss these pubs.

Soho, W1, exists within the boundaries of Oxford, Regent, Charing Cross and Shaftsbury. It is situated in the centre of four underground stations – Oxford Street, Leicester Square, Piccadilly Circus, and Tottenham Court Road.

Soho has 48 of the finest pubs in the London. If you fancy a nice cocktail or a craft beer, Soho’s pubs are the best for you. The colorful pubs in Soho make the area popular destination for nights out and parties.

It is difficult to find them as they are located in tiny streets. So, The London Wine Competition 2018 brings to you the 5 pubs in Soho you must visit. 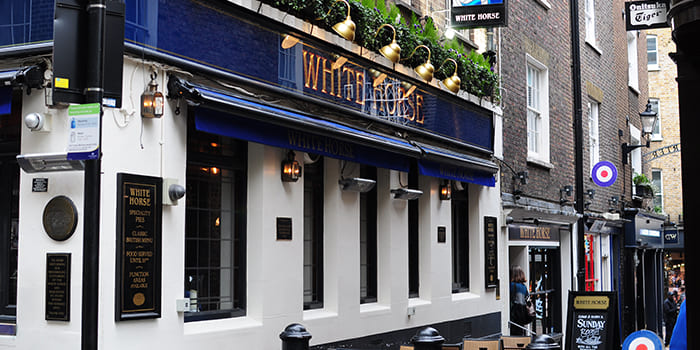 The White Horse is located in the heart of London on Newburgh Street. Nicholson’s Pubs are known for their unique style, exciting stories and wonderful personalities, and the White Horse is one of them. This wonderful pub was rebuilt in the 1930s with a stunning exterior.

The White Horse is a pub serving up the aromatic gins, finest real ales and traditional fayre. Apart from drinks, it also serves food – breakfast, main course and dessert. 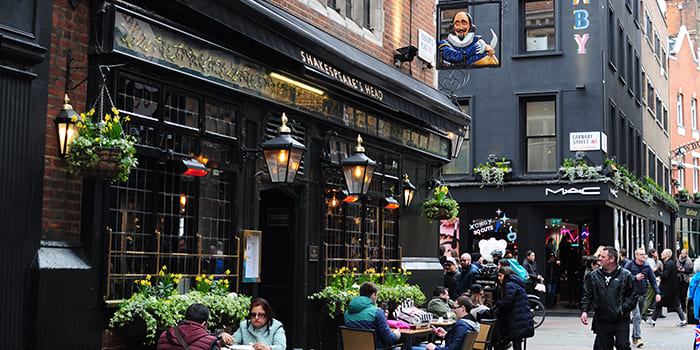 The Shakespeare’s Head is a traditional British London Pub located just off the Seven Dials. It was established in 1735 and was named after the owners, Thomas and John Shakespeare.

This is a very lively venue attracting people of all ages. It offers the finest selection of local ales, 14 sausage varieties, 10 flavours of mash and 4 tasty gravies. They serve a fantastic range of beers, warm red and crisp white wines and spirits. 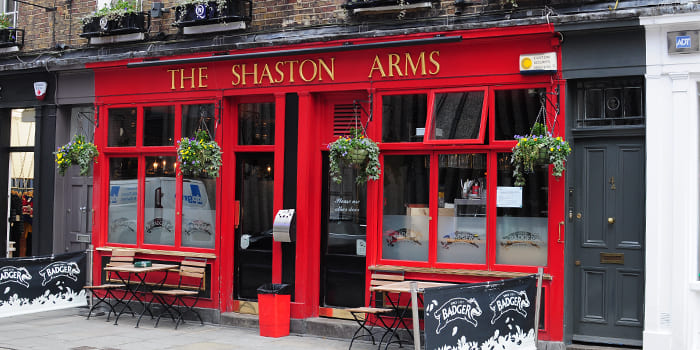 The Shaston Arms is a traditional London alehouse. ‘Shaston’ is the old English word for the Dorset town Shaftesbury which is named in many Thomas Hardy novels. It is just a short distance from Blandford Forum, the town that has award-winning Badger beer.

View on map: The Shaston Arms 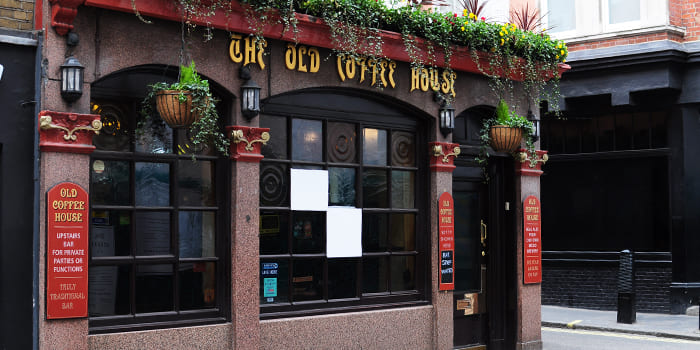 The Old Coffee House is a warm and friendly public place with craft beer from Leyton microbrewery Brodie’s. 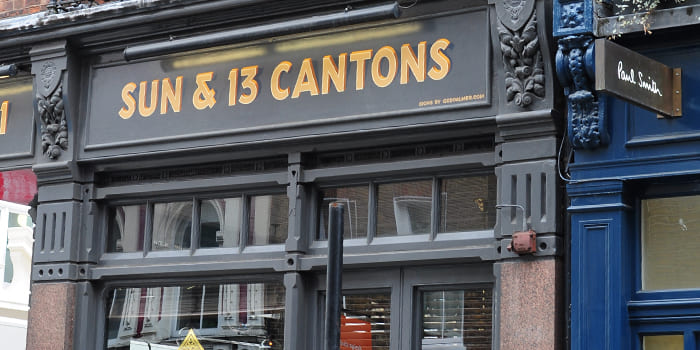 The Sun & 13 Cantons is a Grade II listed public house at Great Pulteney Street. This pub has been operated on this site since 1756. It was once the hub of Soho-based films in the ’70s, ’80s and ’90s.

They have a wide range of astounding spirits and a wine list including crisp white wines, fruity rose wines, red wines and top-class champagnes.