What is your background and how did you get into the drinks industry?

I worked in hospitality for about a million years and so the drinks industry became an extension of this. I worked in many different types of restaurants, bars, cafes and at one point spent two and a half years on the South West coast of France. Wine became something that we would all discuss and enjoy sharing stories about different bottles, places and people. I also happened to do a vendange in the Medoc so began to understand a little of the culture of viticulture.

But it was not until I came back and worked at Jaime Oliver’s Fifteen Cornwall that wine became a became a ‘real’ thing. Before there I didn’t really think about becoming a wine professional, yet as soon as I started there, I just got the bug and I wanted to know as much as I could and to be able to be a part of the wine world. 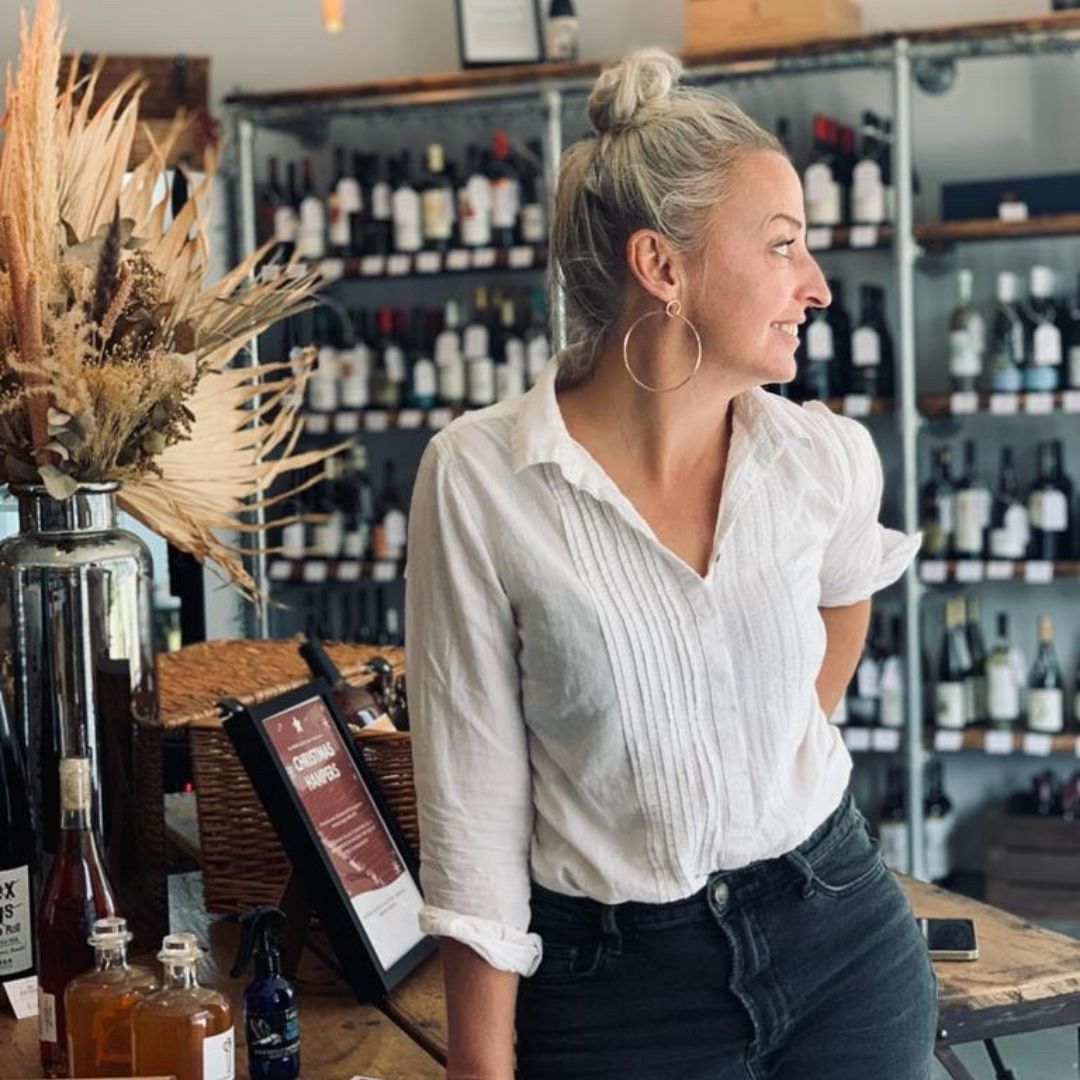 Why did you want to work in the wine sector?

I loved the tangibility of wine, that through being a sommelier you become a voice of the story and the provenance. That the more you learn the more that things make sense, the place, the winery, the people etc and that this get conveyed in the glass? My mind is constantly blown with how this is all possible, and that I get to play a small part in this amazing industry.

I loved that all those years in hospitality somehow became validated by using these new acquired skills in wine knowledge. I also found my vocation, that this was what I was meant to do. Working somewhere like Fifteen was such a great platform to talk to people about wine and the delight of the matching and adding that extra level of experience for the guests.

What were your highlights of being a sommelier?

I have loads but probably something that really coincided with my wine journey was also teaching our apprentices at Fifteen about wine, that the way I talked about wine could engage lots of different people. I was lucky enough to take the students with some of the team, and the support of Liberty Wines, to Tuscany each year, and this was just the most fabulous and amazing thing to be able to do. Most of our apprentices had never been out of Cornwall, let alone Italy, also it being a wine trip it was making sure they were not set up to fail. It was such a fantastic legacy and it always meant so much to everyone involved at the time.

Why did you decide to make the switch into wine retailing?

I didn’t really set out for the switch it’s kind of evolved, the opportunity arose to become a business partner in the Old Garage and I had the chance to be part of it in this way was a very different opportunity. Also, it has given me so much more balance between work and family, by being a business partner I have so much more control over our direction and creative input which I love. 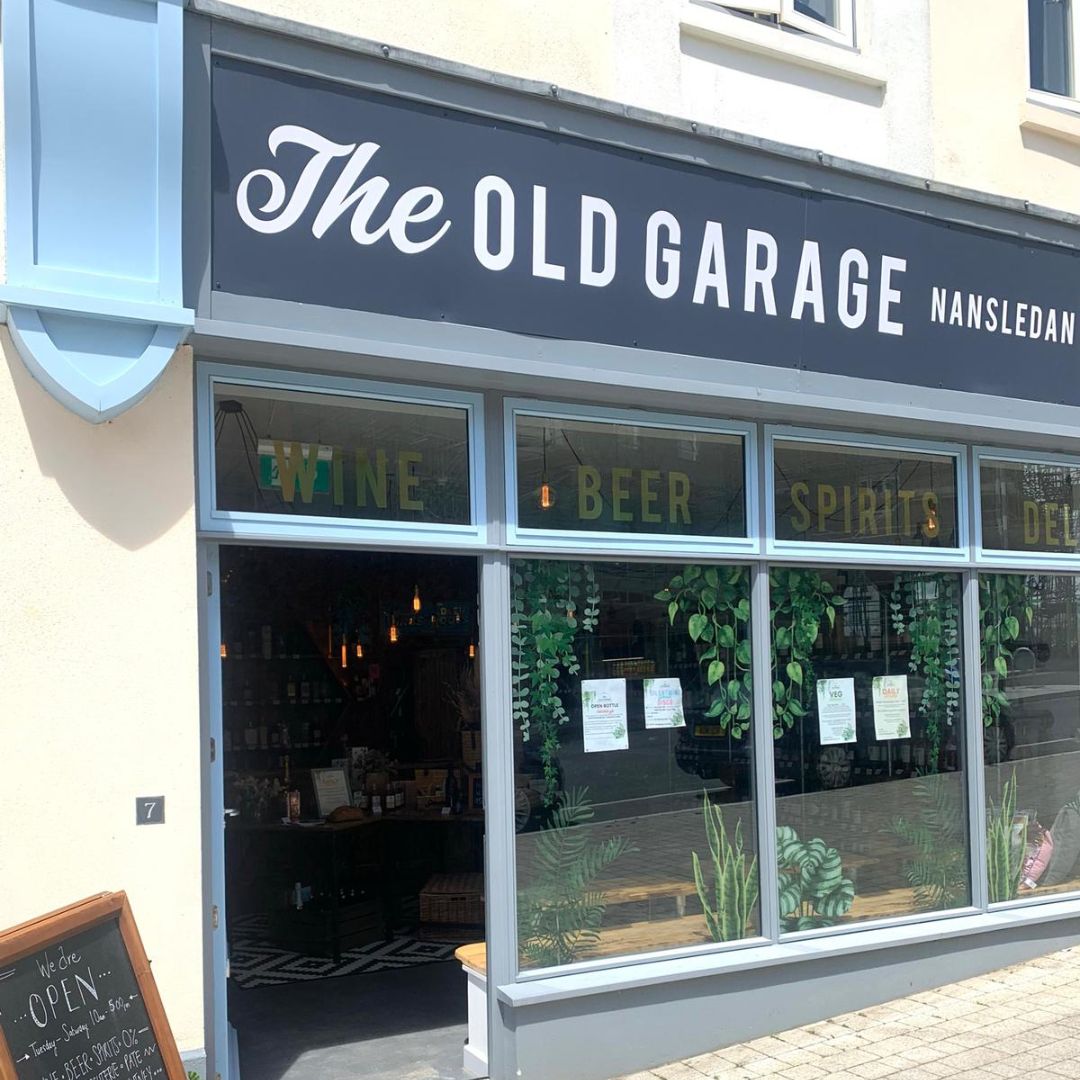 Do you think the skills needed to be a good sommelier or a wine retailer are the same or different - if so what are they?

This is a tricky one to be honest because in one way they are very similar and in another they are complete opposites. I think that when you are in a restaurant you have a captive audience and although I wasn’t pushy in who I spoke to as a sommelier, the people that I did speak with had an expectation of a service and of knowledge.

Whereas in the shop people see you as someone in retail before someone who knows a lot about wine so you don’t always have the same connection.

But essentially the same skills are required, the most important question remains (if people want advice) is ‘what do you like to drink?’ Also, the way you engage with customers is the same. At the end of the day someone who’s is crap with customers could have the best knowledge in the world, but the customer will always leave unhappy this is think could apply to any customer facing role.

Can you explain the Old Garage business and what its point of difference is?

We use a lot of small suppliers with wines from across the world, championing lesser-known grapes or regions, or generally for wines that talk a bit of a different language than the normal. However, we still have wines that will make most people comfortable New Zealand Sauvignons and Malbecs etc. But the eclectic mix of wines means that the shops have a unique feel to them that you can tell that each wine has a story and is purposefully there.

What attracted you to want to work there?

I had been hired to consult for the first and initial stages of the business of the Old Garage to begin with so that whole concept was ‘ours’. The wines were wines that I have known and the supplier’s friends that I had worked with for a number of years and that had hardly any representation in the south west at all. Coming here as a business partner felt a little like coming home.

How have you gone about building up the range and deciding on what regions and countries to concentrate on?

We continuously evolve our range so it great having that kind of flexibility and freedom, we have just increased our Australia and New Zealand range substantially but just because we tasted load of epic wines so it made sense. I am a big fan of wine in general and wouldn’t want to pigeon hole ourselves too much.

What are the key factors you look for in a new wine or producer before taking them on?

Something a little different, an underdog, something new and sometimes risky or it could be something more traditional but with a new way of thinking about it. Our wines are not cheap so they have to represent a different kind of value, and quality but how the wines taste will always be the utmost importance and the dictator of whether they get listed.

What are the things a producer can do to make your life easier?

Be a bit more visible online, be more website focused as opposed to social media, it can be hard to find information about producers directly online if they don’t have that presence. Then all you are looking for is someone else’s opinion on what the wines are like it would be great to have it from the winemakers themselves where possible.

What are the things that producers get wrong that frustrate you and make you less likely to want to work with them?

At the moment we don’t import directly but clarity at all end of the supply chain is always welcome and appreciated, we all work together albeit indirectly so communication is key.

What trends are you seeing post lockdown in terms of wines being bought, styles and price points?

We had seen in the initial lockdown a turn for more expensive and more premium wines, and even after that when things began to open up again. However, as the larger retailers caught up with demand etc we saw this wain a little as people sought more bulk wine purchases being more price conscious. People have become more open minded I think and are more up for getting out of a wine rut and trying new things which is exciting.

What are the plans for the next steps for the business to help it grow?

We now have two stores open in Cornwall, we plan to focus on these stores locally whilst also building our online shop and portfolio. We are creating alongside ‘The Old Chapel’ wine merchant in Truro a wine school here in Cornwall bringing lots of exciting people together to teach and train commercially and consumers alike. It’s a great time at the moment with everything starting to open and flourish so we of course hope to be part of that curve. We have lots of exciting things in the pipeline going on so its staring to feel really positive thorough such rough and unprecedented times.