What Direct-to-Customer Sales has taught wineries during Covid

For Graham Barbour, owner of the Woodchurch Wine Estate in Kent, direct-to-customer sales have proven crucial during this past year.

2020 has been the year of direct-to-customer sales. The arrival of Covid-19 in March wiped out pretty much all other routes-to-market, and website sales became the only game in town. Customers desperate for a treat to alleviate the boredom and stress bought wine, beer and spirits in huge volumes direct from producers.

Woodchurch wine in Kent already had a website, but its shop had never seen the sort of numbers that occurred between March and June. We spoke to Graham Barbour, who co-founded the winery with wife Donna in 2009, to find out how this year’s events had affected the way they sell wine and interact with the customer.

How did you sell most of your wine before Covid-19 hit in March, and how has that changed?

“We’ve definitely had more traffic this year on the website, since March. I haven't actually got a percentage for you, but I would think online sales went up 100 per cent. It was a gradual thing, but certainly, in that period, sort of March to July or August, when everything else went to nothing, the online sales doubled I would think.”

Did that online boost help to cover lost sales elsewhere?

“It didn't cover that completely, but it certainly was enough to keep us going. Obviously, trade sales stopped completely, the vineyard sales stopped completely, although that was only for a couple of months because we did reopen as a retail shop, rather than just offering tastings or by the glass. So, sales began to pick up then, but it wasn't until July the 4th when the reopening happened that we properly opened the vineyard again. So, this was only really three months; April, May, June, when we weren't selling anything apart from online.

I'd say things have dropped down a bit since then. I would definitely say it’s still up from last year, but certainly not what we had in April, May and June.” 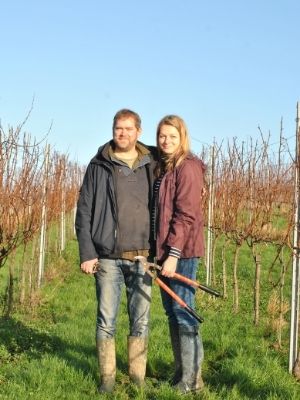 How have you found the DTC route? Has it helped you understand your customers better?

“I guess so. It's perhaps a little bit different for us, or for people in our business because I think particularly during the lockdown, customers were deliberately seeking out local English suppliers, in a way that perhaps they hadn't been before. So, we had perhaps a natural advantage there. And obviously having your own website, you can present things exactly as you want them, the price [the wines] exactly as you want them, and then if you want to then get back in contact with your customers you can, certainly.

“One thing we’ve noticed is that we have quite a loyal set of customers. Interestingly, they're more local - from around Kent.”

Do you find it easy selling online?

“Yes - it's pretty straightforward, what we're doing. We're just sending out bottles of wine. I mean, okay, the quantities differ, but it's not too complicated in that sense. And we certainly weren't doing any new products this year than we weren’t last year, it's still bottles of wine, just in different multiples. So, we used the same courier, but we just sent them out just more frequently. So, I think because we've got a simple system, and we're talking low volumes here, we're not chucking out hundreds of cases a week. It's more like 10 cases a week, rather than 100. So, it's not too difficult for us. We certainly didn't have to employ more people.”

“I'm not sure, to be honest. But in terms of data and feedback ... there are certain customers that would continue to order online through the website, even though I've emailed them separately and chatted to them separately, and they would still rather go through the website than email me directly, as it were, just because it's simpler and you've got that clear process and security. I think nowadays perhaps people do certainly feel that online is a very secure way of buying things, perhaps.” 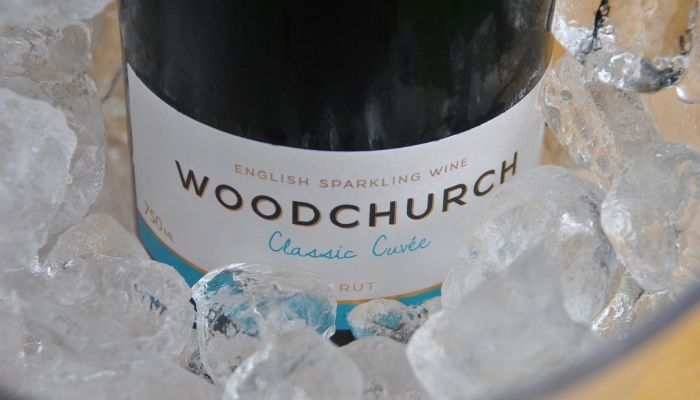 You can book tours of the vineyard online, too. How does that work?

“The tour vouchers do very well. One thing we have changed this year, we've moved the booking of the tours online, and that has made a big difference. Previously, you had to contact me or phone me up to book in, and then I would take payment when they arrived. But now, we do a booking system online where they pay in advance, and it's made a huge improvement; we've seen a much bigger increase in the total number of tours and tastings we've done. And I think it's partly because we're offering them online, and the system is there and clear and easy to use. People look at the website, "Oh, they do a tour." "Can we book it now? Yes, we can. So, let's just go ahead and do it." That's definitely, definitely made a difference.”

Will your experience of direct-to-customer sales this year have a long-term change in how you do things?

“Yeah, I think so. We've changed our tour and tasting, we've revamped our cancellation policy, obviously, most people have had to do that, which will stay in place for the foreseeable future. It’s something that's made us change for the better.”

The article is contributed by Will Hawkes. He is a freelance journalist specialising in beer and travel. He is an author of Craft Beer London, a guide to the city's burgeoning beer culture, and a regular contributor to a host of publications including The Financial Times, The Guardian, The Washington Post and Beer Advocate.